The Newman Letters: A Catholic College at Oxford? Newman (R... 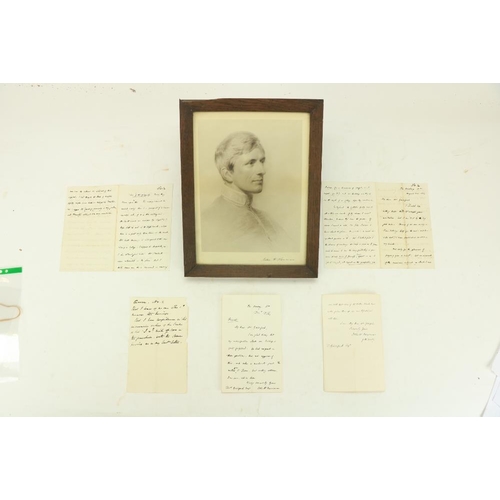 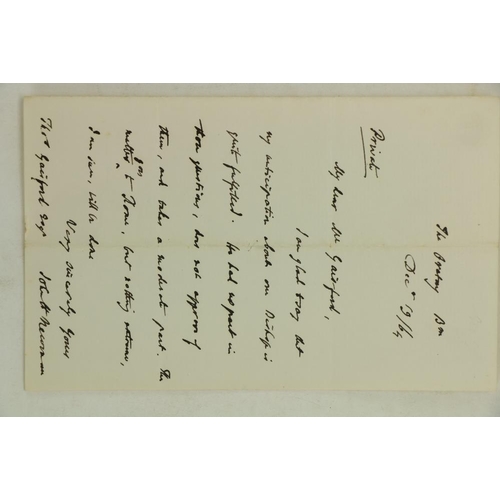 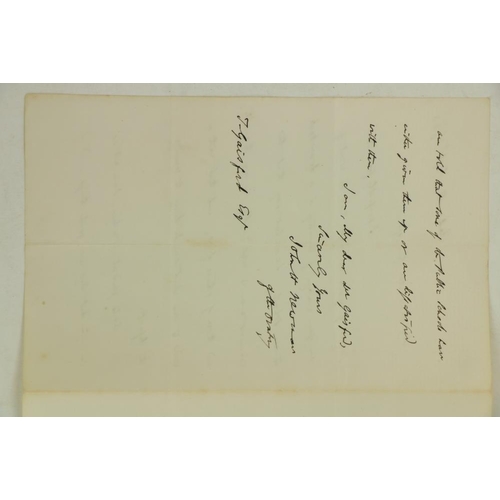 The Newman Letters:
A Catholic College at Oxford?

Newman (Rev. Fr. John Henry, later Cardinal, now Saint) A very good collection of 24 A.L.S. to [Thomas] Gaisford of the Gaisford St. Lawrence family of Howth Castle, with other related letters, drafts and documents, mostly 1863-67 with a few later, the collection outlining in detail how Newman’s visionary plan to establish a Catholic College at Oxford was frustrated and eventually prevented by the Catholic hierarchy of the time.

Thomas Gaisford came of a prosperous Wiltshire family who made money from water-mills in the 18th-century (see catalogue introduction).  His father (also Thomas, d. 1855) was a scholar, and became Regius Professor of Greek at Oxford University and Dean of Christ Church in Oxford.  He married as his second wife Lady Emily St. Lawrence, eldest daughter of the fourth Earl of Howth in Ireland.  The Earl had no male issue, and on his death in 1909 his will left the Howth estate to his son-in-law and family, who moved to Ireland and adopted the name Gaisford St. Lawrence.

Thomas Gaisford (junior) was influenced by the Oxford Movement as a young man, and evidently became a friend of John Henry Newman.  After the death of his father, Thomas became a Catholic.

John Henry Newman (1801-1890) was ordained a priest in the Church of England in 1825.  He became a Fellow of Oriel College, and in 1828 he became Vicar of St. Mary’s, the Oxford university church, and built a reputation as a preacher, but he had difficulties with church teaching, and in 1845 he was received into the Catholic Church  -  a significant and high-profile conversion.  He became a Catholic priest in 1847, and was appointed the founding superior in England of the Congregation of the Oratory, based in Birmingham where he met many Irish people.

In 1851 he was contacted by Archbishop Paul Cullen of Armagh, who wanted to found a Catholic university in Dublin.  Newman agreed to become its first Rector, and developed his plans in a series of lectures which later became The Idea of a University, his most celebrated work.  However, the Catholic University was not a success.  His appointment of English friends as lecturers led to opposition, and he finally resigned in 1858 and returned to England, where he soon turned to a new project.

The correspondence here is mainly about Newman’s plans to found a Catholic college (including a branch of the Oratory) in Oxford, on a 5-acre plot of land purchased from one Ambrose Smith (see undated letter), with sponsorship from Gaisford and others.  On 16 August 1864 he asks Gaisford  ‘if you think it worth while to co-operate with other gentlemen in purchasing the ground’.  Gaisford’s draft reply says, ‘I am ready to join in any scheme for establishing a Catholic college or Hub at Oxford, if I can see a fair chance of success .. the site seems to be eligible & not very dear, if other Cath. gentlemen would unite to purchase it’, and offers to subscribe £500 or even more.

Newman replies on 20 August that ‘there are many persons of influence opposed to the idea of a [Catholic] College at Oxford’, and says his idea for the moment is simply to acquire the site.  On 1 September, and again on 4 September,  he outlines detailed plans for a College, an Oratory, a church, a priest’s house etc., all costed in detail, buying land with frontage on the street at 10/- the square yard.  ‘Of course if we could get another £1000, we could go nearly 50 ft. deeper into the land .. which would be a great advantage.’  On 20 September, ‘We have this morning settled to buy 2 ½ acres of Mr. Smith’s ground .. How we are to raise the money, £4630, I do not know.  It will be more, for we shall have to build a long wall to cut the ground off from the rest  -  and we shall be tempted to buy, if we can, the whole or part of the existing buildings upon it.’

On 28 September he reports that ‘the [Catholic] Bishop has told me, what in substance I knew before, till Propaganda [Fidei, a Church department] decides the matter, no ecclesiastical can take any step which is of the nature of a co-operation with the University and College of Oxford.  This, however, does not of course apply to the provisional purchase of ground, or to any act on the part of laymen.’  Then on 25 October, ‘The owner, Mr. Smith, suddenly broke a blood vessel and died.  That led to his family wishing to get rid of the ground at once and altogether, and St. John’s College offered to take the whole  .. We have been forced, yesterday, to buy the whole for £8,400, as the alternative of losing every part of it.’

A long and interesting letter on 30 October 1864 sums up his position.  ‘In nothing can one have one’s own will, pure and simple  -  and the difficulty is increased, when one is not sure what one’s will is.  The College or Hall scheme is enveloped in difficulty.  I am inclined to think that it is the best plan for Catholics under their circumstances, in a religious point of view, a university of their own neither answering the purpose they have before them, nor possible  ..   Now here I find a strong,  I may say, a growing feeling on the part of the Bishops against it  .. Catholic gentlemen are beginning to prefer sending their boys to the existing Colleges, some have been doing so from the first  ..’

Nevertheless, he pressed ahead, writing on 29 December a circular letter to Gaisford and others, seeking subscriptions; a receipt in January acknowledges £200 from  Gaisford, and his contribution appears in a printed circular dated July 1866, headed ‘The Oratory, Oxford’, listing over 60 contributions totalling several thousand pounds.

Then, in March 1867, a bombshell.  ‘You may recollect that in the Autumn of 1864, I sent you the draft or proof sheet of a circular I intended to issue .. the Cardinal heard of it, was very angry because there was mention in it, not of the Oratory’s taking part in education at Oxford, but merely “taking the religious charge” of the young Catholics there.  He sent a copy of it (which he got without my leave) to Rome  -  and a prejudice has been created against me there ever since.

‘Accordingly, in the new Circular which you have, there is not a word in recognition of the fact of Catholic youths being at Oxford at all.  I was forbidden to allude to them.

‘But this is not all.  Last Monday (I say it in confidence) comes a Letter to me from Propaganda [Fidei] to the effect that they hear I have in my school some boys preparing for Oxford, and solemnly ordering me neither directly nor indirectly by any act to favour youths going there.’

Eventually, in July 1872, Newman writes that ‘As there is now at length no chance at all of the Oratory going to Oxford, the question  arises how you would wish me to dispose of the £200 which you so generously contributed to it.’ Gaisford’s response is not recorded here.  The collection also includes several draft letters from Gaisford (much amended) outlining his views on the Oxford project, mainly on financial aspects; also some later letters from Newman, who clearly remained a family friend.

An interesting and significant correspondence.  Clearly Newman was capable of adopting what some would consider devious means towards an end, but if so he met his match in Rome.

Fr. Newman was canonised as Saint John Henry Newman in 2019.

As a collection.  The letters are generally in excellent condition. (As a lot) 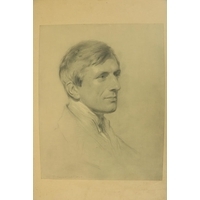 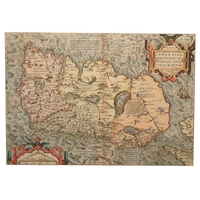