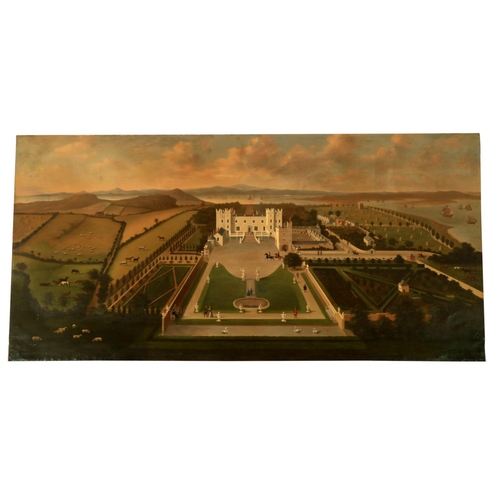 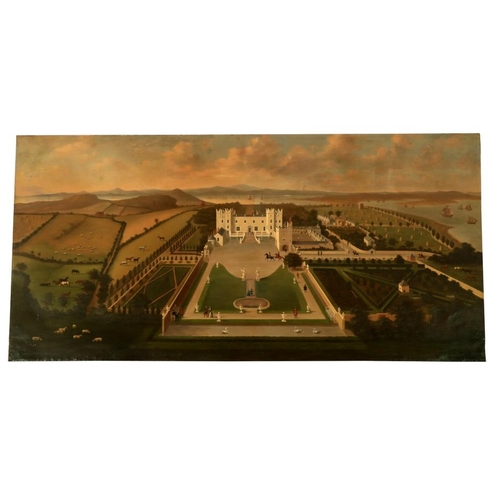 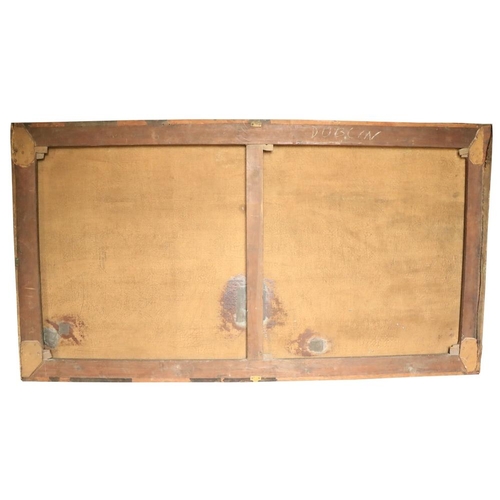 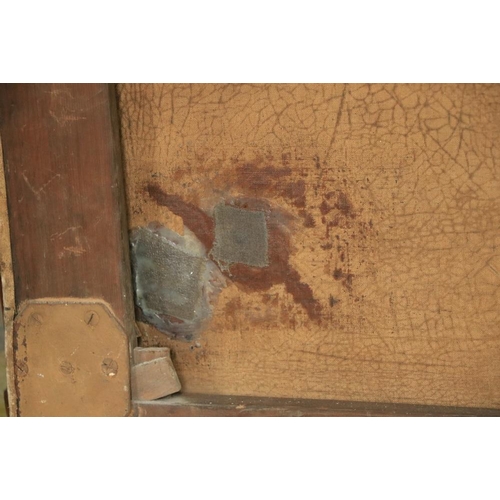 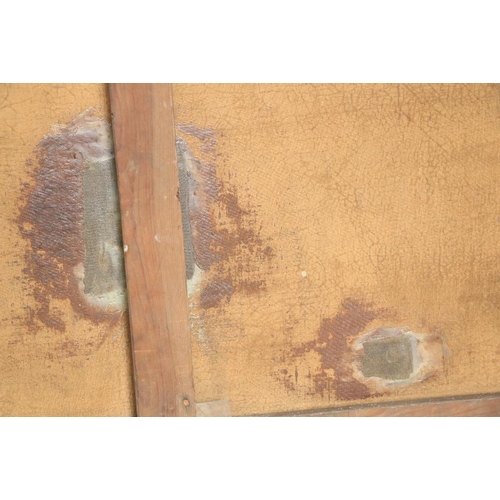 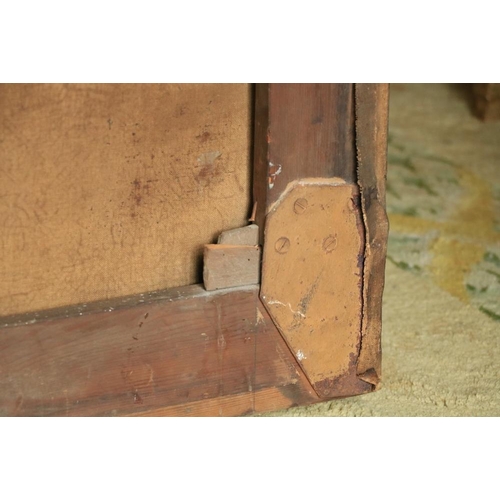 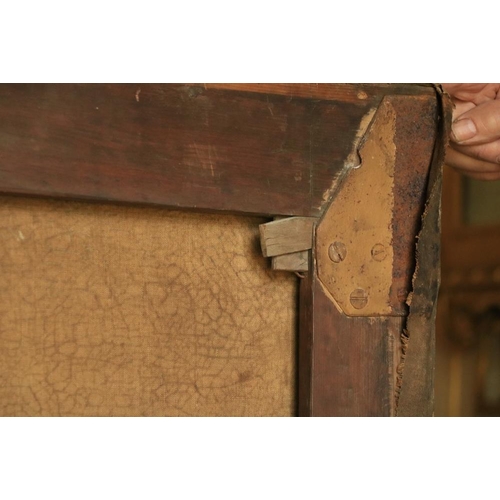 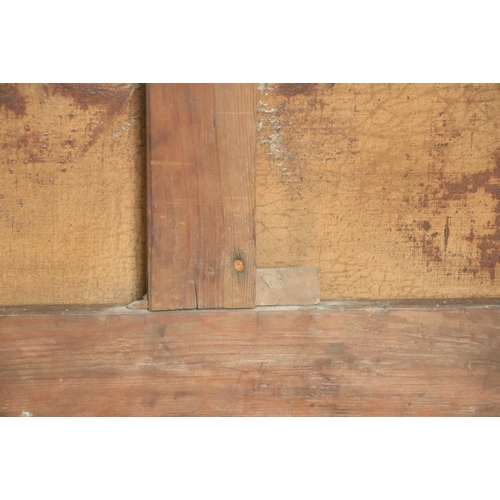 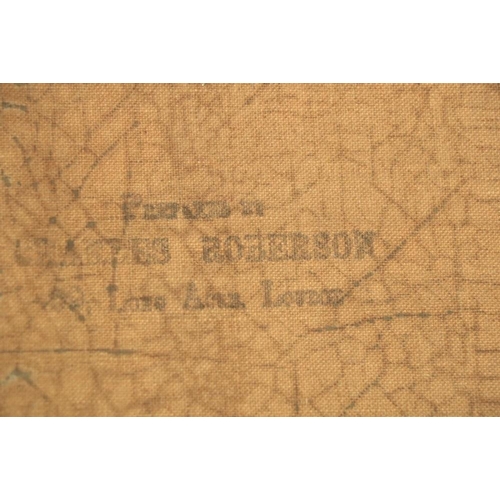 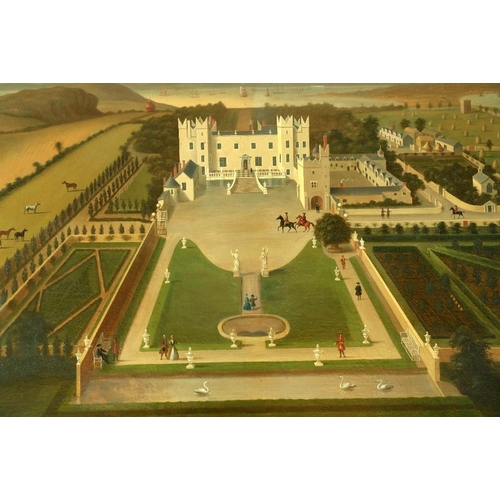 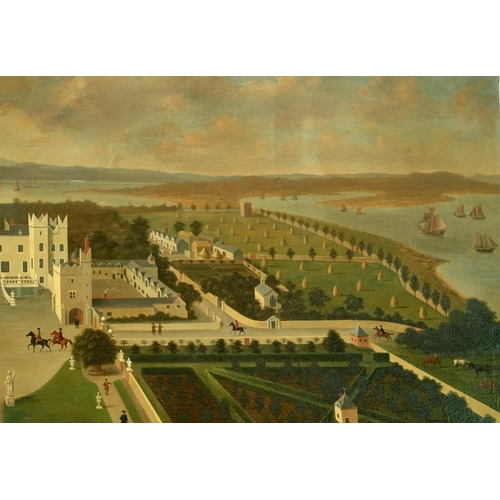 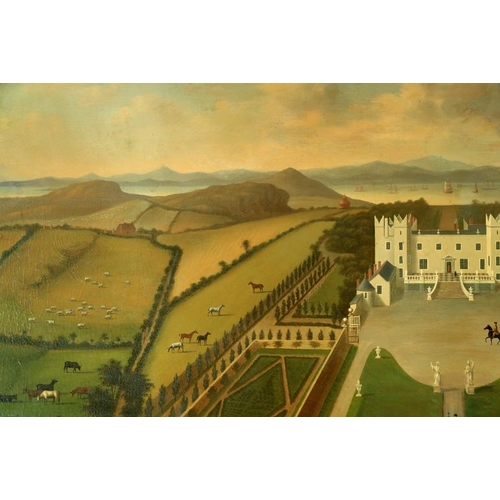 Dating from around 1740, this bird’s eye view of Howth Demesne commemorates the extensive rebuilding of Howth Castle, a project completed in 1738 under the direction of William St. Lawrence, 27th Lord Howth. Since then, the original painting has been displayed over the chimneypiece in the Drawing Room. By Family Tradition this contemporaneous copy was removed in the 1800's by an ancestor possibly as part of a dowry. It was subsequently returned to Howth Castle in the 20th Century were it hung in the Billiard Room and the Cookery School before recently being professionally restored, and displayed for auction purposes in the Drawing Room.

It is in the style of William van der Hagen, a Dutch artist who worked in Ireland in the early eighteenth century and who painted panoramic views of, among other places, Cork Harbour and Waterford, the latter commissioned by the town’s corporation in 1736. He was an artist held in high regard, and panoramic scenes by him were translated into tapestries for the Irish House of Lords in the 1730’s. Another possible artist is Joseph Tudor, (d. 1759) a follower of van der Hagen.

Although some liberties have been taken with the topography, the painting is a broadly accurate representation of the Hill of Howth, with the castle surrounded by an elaborate complex of lawns, walled gardens, orchards and parterres, laid out in a French style. In the foreground is a canal with swans, and beyond that, an esplanade leading to the castle, with figures walking around a lawn. In the left foreground, the figure of a man in clerical garb, sitting on a garden bench, is believed to represent Jonathan Swift, who in the early 1730’s was a frequent visitor to the castle. In the centre of the lawn can be seen a circular pond, known as ‘Black Jack’s Well’. In early nineteenth-century views of the castle, a lead figure of a blackamoor stood on a plinth at this spot. This was stolen in the 1950's and presumably melted down.  Two horses with riders prance in front of the old Gateway Tower—a part of the castle that dates back to the fifteenth century.

Flanked by two battlemented towers--that on the right being the medieval Keep, while that on the left a matching structure added in 1738, the central façade of the castle is asymmetrical, and evidently incorporates older windows. Other additions in 1738 include the classical doorcase, fronted by a terrace and reached by a steeply raking grand staircase. An ancient tree, known as the ‘family tree’ stands to one side of the esplanade. Behind it can be seen a stable yard and beyond that, a church within a walled enclosure. A formal planting of trees marks a road leading into the distance. In the left background, cattle, horses and sheep graze in fields. In the right foreground is a formal garden, arranged in geometric parterre pattern, with fish ponds and fruit trees. This is mirrored on the left by a smaller parterre with a diamond patterned lawn. These two areas are separated from the central esplanade by high straight brick walls, surmounted with urns. The painting does not show Kenelm’s Tower, which was added in Victorian times. The French-style garden in front of the house was soon altered, although the well, the family tree and canal survived through to the nineteenth century. In the distance, the Dublin mountains rise above Dublin Bay, the estuary of the Liffey busy with shipping. To the right, on the northern side of the isthmus that connects Howth peninsula to the mainland, a relatively flat landscape stretches out, beyond Sutton, to Baldoyle and the sand dunes of Portmarnock. The painting shows the Hill of Howth before the extensive planting of ornamental rhododendrons, beech hedging, and trees resulted in the castle being surrounded, as it is now, by dense foliage.

The connection between the Gaisford-St. Lawrence family and the Castle goes back to the twelfth century, when an ancestor named Almerick (or Armoricus Tristram, abbreviated to Amore) was granted lands at Howth by the Norman adventurer John de Courcy. According to family tradition, as recounted in the manuscript Book of Howth, in 1177 Almerick had taken over command of de Courcy’s force when the latter was ill, and won a battle against a local Irish and Norse army. The family name was later changed to St. Lawrence, again in honour of a battle won on that saint’s day. The St. Lawrence family lived at Howth Castle for over eight hundred years, until its recent sale.

This is a fascinating picture, very attractive, an enigma, and very important as a depiction of the Irish landscape, and primary evidence of the aspirations of the owners of large Irish Estates, or perhaps those who sought to advise them.
Crookshank (Anne) & The Knight of Glin The Painters of Ireland c. 1660 - 1920, page 59, figure 43.
Dr. Peter Murray 2021 & Julian Gaisford-St. Lawrence 2021

In view of the cultural and historic importance of this lot , the vendors have granted an option to the Irish State to acquire same at a price equal to the hammer price realised at the auction date, should a private or trade buyer successfully bid for same. This option shall be valid for a period of three months from the auction date, and the Irish State ( as represented by the Department of Culture, Heritage and the Gaeltacht, in conjunction with the National Museum, National Gallery and National Library of Ireland and Office of Public Works) shall have the option to acquire and purchase this lot within this time frame, at the final hammer price achieved at the auction date, plus buyer's premiums.

This lot shall be retained within this jurisdiction, and collection and shipment of same shall only be permitted on the expiryand non-exercise of this option by the Irish State bodies. A binding purchase contract shall still exist in relation to any private or trade buyer who successfully bids for this lot on the sale date and the full purchase price plus buyer's premiums due, shall become payable immediately following the expiry of the above option period.

Watch Lot
Sell One Like This
Prev Lot
View All Lots
Next Lot
Closed
Auction Date: 8th Sep 2021 at 10:30am 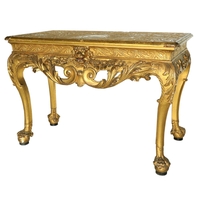 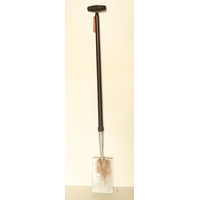