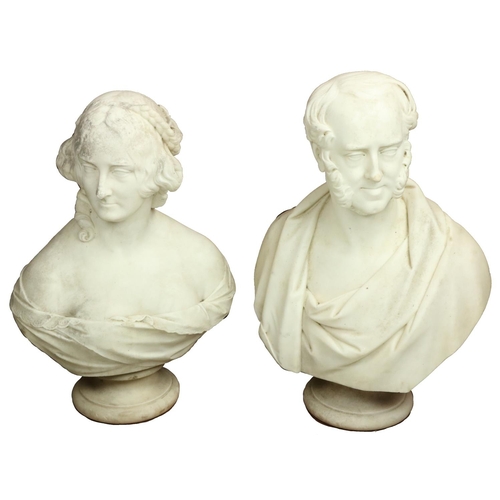 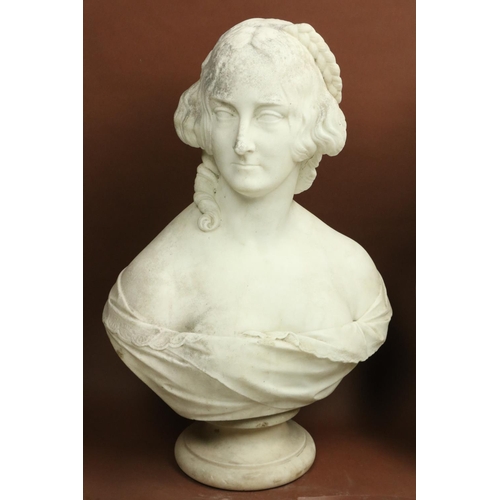 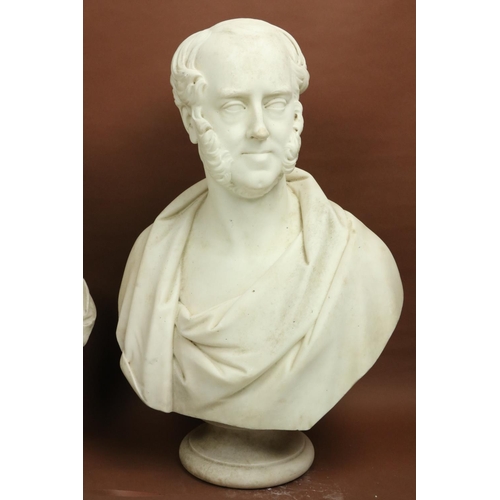 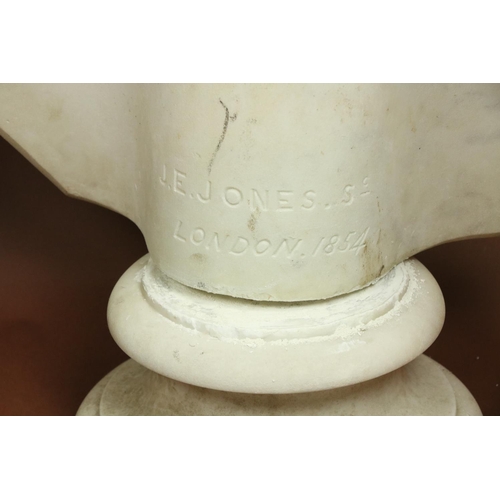 A staunch Tory politician, in the 1850’s Archibald Montgomerie served two terms as Lord Lieutenant of Ireland. Born in Palermo in 1812, his chief interests, after Conservative politics, were tournaments and horse racing; in 1849 his horse The Flying Dutchman won the Derby and St. Leger Stakes. In 1841, Montgomerie married Theresa, widow of Captain Richard Howe Cockerell. The illegitimate daughter of Thomas Gleadowe-Newcomen and Harriet Holland, Theresa was born in Calcutta in 1809. She had four children with Montgomerie, and died in 1859. A statue of Lord Eglinton, sculpted by Patrick MacDowell and erected in Stephens Green, Dublin in 1866, was destroyed by the IRA in 1958.

The sculptor of these two busts was, by all accounts, a genial and sociable artist. Born in Dublin in 1806, the son of a portrait painter, John Edward Jones went on to become a distinguished civil engineer and sculptor. From an address in Amiens Street he exhibited watercolours at the RHA, including, in 1828, a design for a chain bridge at Youghal in Co. Cork. After training with the engineer Alexander Nimmo, Jones worked with him on projects throughout Ireland, including building the bridge at Waterford. In 1840 he ceased working as an engineer to become a full time sculptor, living at Fitzroy Square in London and exhibiting regularly at the Royal Academy. Among his portraits are busts of Daniel O’Connell, Michael Balfe, William Anketell, George Petrie, Sir William Betham, the Earls of St. Germains, Carlisle, Clanricarde and Clarendon, and surgeons Rynd and Cusack. He often sculpted husband and wife matching portraits, including the McNeills, Dargans and Cogans, and in this case, the Earl and Countess of Eglinton. His 1854 bust of Queen Victoria was paired with a similar one of Prince Albert, sculpted by Emil Wolff.  Jones’s bust of William Dargan was translated into ceramic parian ware by W. H. Kerr & Co. in 1853 (NMI). His full-length portrait of the parliamentarian Sir Robert Alexander Ferguson, cast in bronze in 1862, is in Brooke Park in Derry. 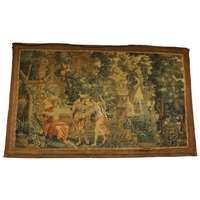 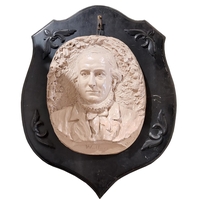