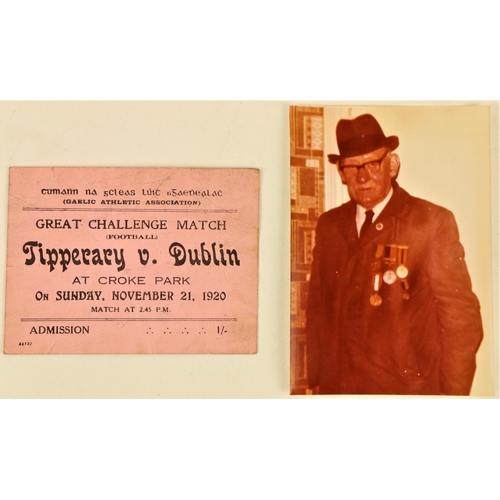 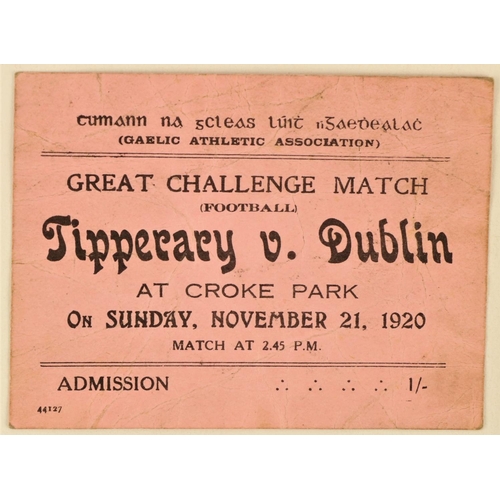 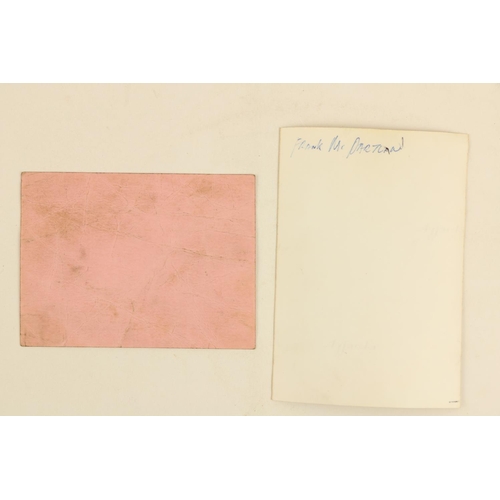 'Bloody Sunday' An original Admission Ticket to Croke Park, Great Challenge Match (Football), Tipperary v. Dublin, Sunday, November 21,1920. Pink card, 3 ins x 4 ¼ ins, overall good condition, minor creasing. It was at this match that British soldiers opened fire on the pitch and crowd, killing a player and twelve spectators. This followed Michael Collins' operation against British secret service agents earlier that morning, in which fourteen British officers were shot dead. The period 1918 - 1920 was a turbulent and dangerous period in Irish History. Martial Law was enforced in many areas, and the activities of the G.A.A. and other Sporting Organisations were severely curtailed. The behaviour of the British Forces in Ireland forced many young men to join the Irish Volunteers, and other Republican Organizations despite having no background in the movement. Especially in Tipperary, many young men of the time, and particularly those involved in Gaelic Games joined in the struggle for Irish Independence. With such exciting events as the Rescue of Sean Hogan at Knocklong Railway Station in May 1919, several of the country's leading Footballers became involved in the War of Independence. By early March 1920 the number of Gaelic Games played almost came to a standstill. This trend continued into the early summer when normally the volume of activity should have been increasing. In October there came a sudden and brief revival of Inter-County Fixtures. However, the following month was to have a tragic outcome. In early October, approximately five thousand spectators who had so far that year had little exciting fare were entertained by a rousing Challenge Football Match in Croke Park, between Dublin and Kildare, which Dublin won. Soon afterwards, the Tipperary County Board issued a challenge to Dublin. A match was arranged for 2.45 p.m. on Sunday November 21st, again at Croke Park. The game was well organised, and advertised as The G.A.A. Challenge Match. It was intended that the money raised from the match would help the Association for the Dependents of the I.R.A. who had been killed or imprisoned. The events which occurred at that game, now known as ''Bloody Sunday,'' followed the early morning assassination of eleven British Intelligence Agents, ''The Cairo Gang,'' in an operation organized by Michael Collins. When the British retaliated later that day, it was to Croke Park that the Military and Auxiliary Forces came, recognizing that the Stadium was the centre and symbol of Irish Nationalism and Nationalistic Aspirations. ''Then suddenly and without any warning, Croke Park was the scene of a holocaust??'' They fired into the crowd indiscriminately, killing twelve people and wounding about sixty, ''On the field Michael Hogan, one of the Tipperary backs (and one of only two Irish Volunteer Officers on the Tipperary Team) lay mortally wounded, while within seconds a dozen spectators were dead or dying, many more seriously wounded.'' This was Bloody Sunday. Nothing more strikingly illustrates the close connections between the G.A.A. and the Republican Movement between 1916 and 1922, than ''Bloody Sunday"; together with a Photograph of Frank Mc Partland, wearing his medals. (2)

Provenance:   Frank Mc Parland, G.P.O. / O'Connell Street Garrison 1916 Rising, who attended the Game. It was sold at O'Reilly's Auctions in 1993 along with his medals and other artefacts, and by descent to the present vendor. 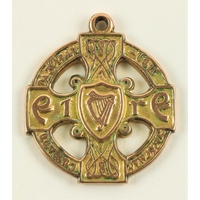 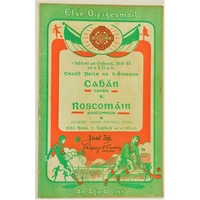