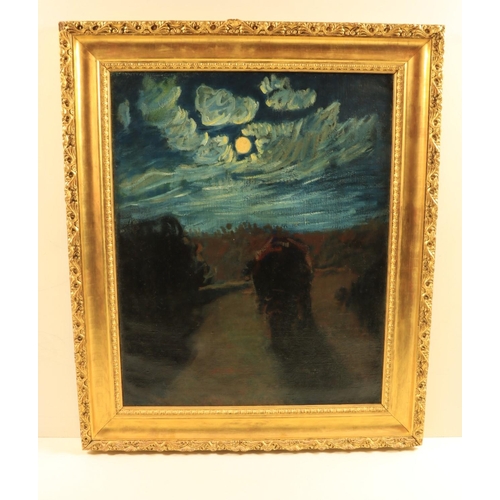 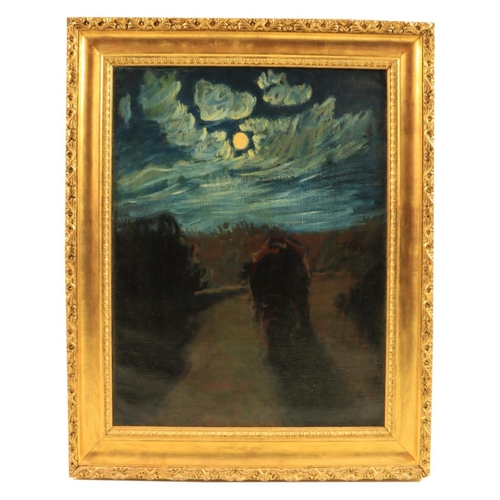 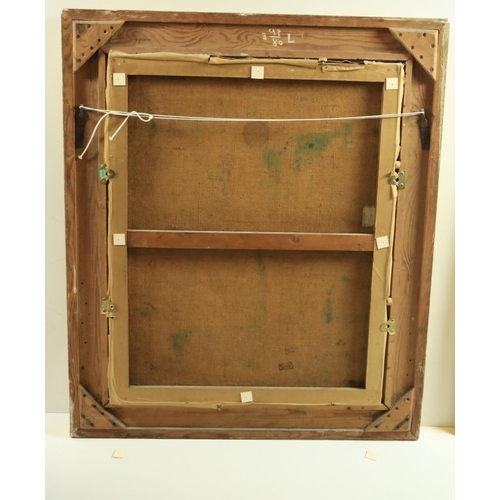 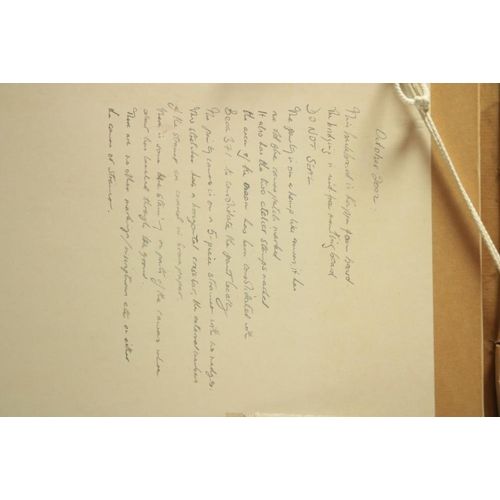 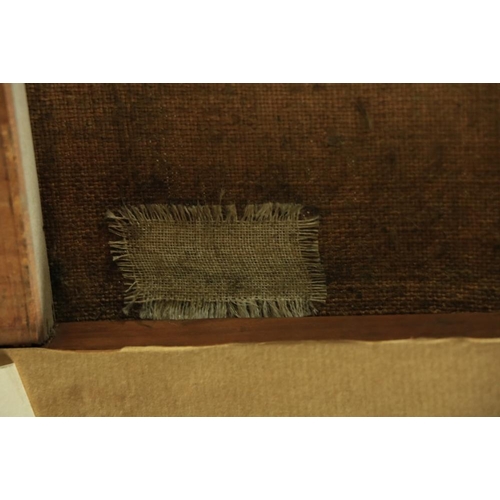 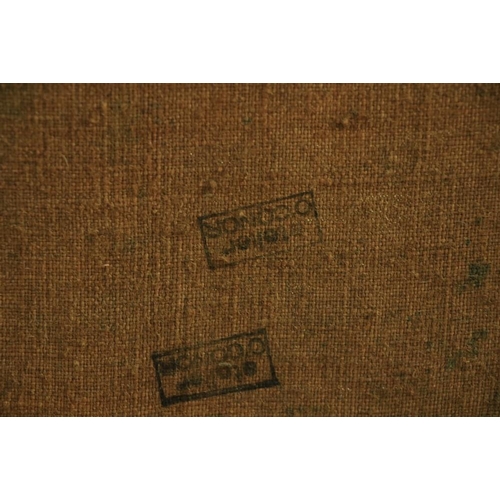 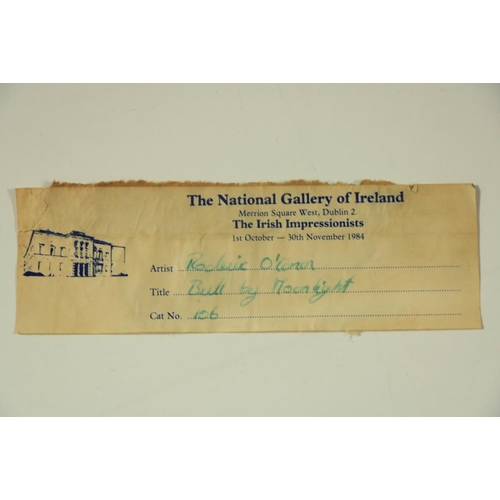 Note:    In the early 1890’s, while living in Brittany, Roderic O’Conor delighted in painting night scenes, seeking to capture the emotional qualities of landscapes illuminated by moonlight or firelight. His etching Pleine Lune Sur La Côte (1893) depicts a full moon over a rocky coastline, while his canvas Moonlit Breton Landscape dates from the end of that decade. One of his favourite places to paint was the Laita River near Le Pouldu, a favourite also of his contemporaries, including Paul Serusier. In this powerful image of a bull in a moonlit field, O’Conor moved away from his earlier technique of striped brushstrokes, instead weaving together different strands of art, from the early nineteenth-century Romanticism of James Arthur O’Connor, through Symbolism, to the immediacy of Les Nabis and Post-Impressionism. At its heart however, this is a Romantic painting, redolent of the troubled emotional response of an artist when confronted with the implacable power of nature. In Bull by Moonlight, the  composition is dominated by the dark silhouette of the animal, beneath a cloudy sky, with the moon casting a cold white light on the landscape below. O’Conor was certainly familiar with depicting nature, having attended Karel Verlat’s Natuur course in Antwerp, and he was also immersing himself in the Post-Impressionist movement, which he encountered in Brittany during the 1890’s, when he became friendly with Paul Gauguin and other artists. Gauguin used O’Conor’s studio in Paris, even asking the Irish artist to join him in the South of France, an invitation which—to the abiding disappointment of art historians in Ireland—O’Conor declined.

Born in Co. Roscommon in 1860, when he was just four years old, Roderic O’Conor’s family moved to Blackrock in Co. Dublin. He was educated at Ampleforth before enrolling at the Metropolitan School of Art in Dublin. He was a contemporary of Nathaniel Hill, with whom he shared lodgings in Pembroke Road. After further studies at the RHA schools, in 1883 O’Conor enrolled at the Academie Royale des Beaux Arts in Antwerp, where Hill and Walter Osborne were also students. The professor at the Academie was the realist painter Charles Verlat. A year later O’Conor was back in Dublin, submitting paintings to the 1885 Royal Hibernian Academy exhibition. His early style, learned from Verlat, was characterized by bright colours, a plein-air technique, and spontaneous but controlled brushwork. However O’Conor’s response to Verlat’s teachings was more progressive than that of his fellow Irish students, who remained rooted in an academic realist style. In 1886, O’Conor moved to Paris to study under Carolus-Duran, before spending time at Grez sur Loing. In 1903 he participated in the inaugural Salon d’Automne, and he continued exhibiting there until 1935. For the rest of his life, until his death in 1940, O’Conor remained in France, living for the most part in Nueil-sur-Layon, Maine-et-Loire, with his wife Renee Honta. A retrospective exhibition of his work, held at the Barbican Centre in 1985, afterwards travelled to the National Gallery of Ireland and the Ulster Museum. O’Conor’s work can be found in the collections of both these museums, as well as the Hugh Lane Gallery. He was the subject of two biographies in 1992, one by Paula Murphy in the Lives of Irish Artists series, and a second, more extensive publication, by Jonathan Benington.

"Bull by Moonlight" was included in Julian Campbell’s 1984 Irish Impressionists exhibition (Cat No. 106) at the National Gallery of Ireland. See also Jonathan Benington “From Realism to Expressionism: the Early Career of Roderic O’Conor” in Apollo April 1985, p 257.
Dr. Peter Murray 2021

Watch Lot
Sell One Like This
Prev Lot
View All Lots
Next Lot
Closed
Auction Date: 8th Sep 2021 at 10:30am 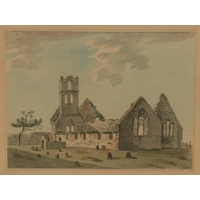 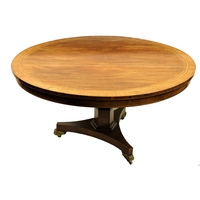