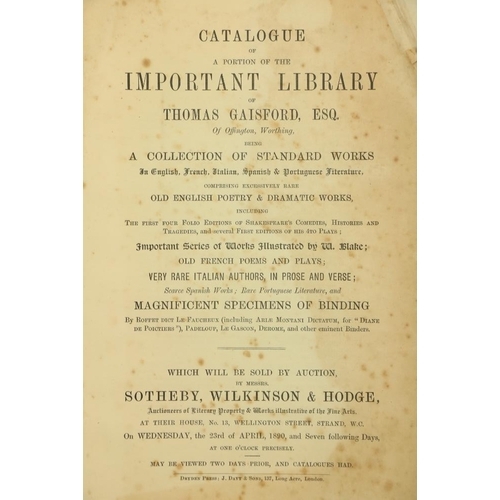 Bibliography: [Thomas Gaisford] Sotheby's, Auctioneers, Catalogue of A Portion of the Important Library of Thomas Gaisford, Esq., of Offington, Worthing, ... sold by Auction ... on Wednesday, 23 April 1890 and Seven following Days, 8vo L. 1890. Each lot thro-out is priced and totalled in pencil, orig. ptd. wrappers, worn, and torn with loss, also some browning.
* This renown sale which took place over 8 days in 1890, consisted of 2218 lots, which realised approx. £10,000 at the time, which would be the equivalent of almost £1,000,000  to-day.
It contained one of the finest collections of original works by Shakespeare, to come for sale, at that time including the first four folio editions of his comedies, histories and tragedies, plus several excessively rare quarto editions of his works. The 'Most Pleasant and excellent conceited Comedie of Syr John Falstaff and the Merrie Wives of Windson,' First Edn., 4to realised £385. There was also some magnificent bindings by Roffet dict Le Faucheux, Padeloup, Le Gascon Derome, and other eminent Binders. Important collection of works illustrated by Wm. Blake. In addition to rare English Literature, there was also early works by Spanish, French, Italian & Portuguese Authors. As a lot, w.a.f. (1) 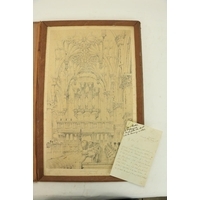 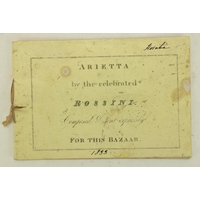