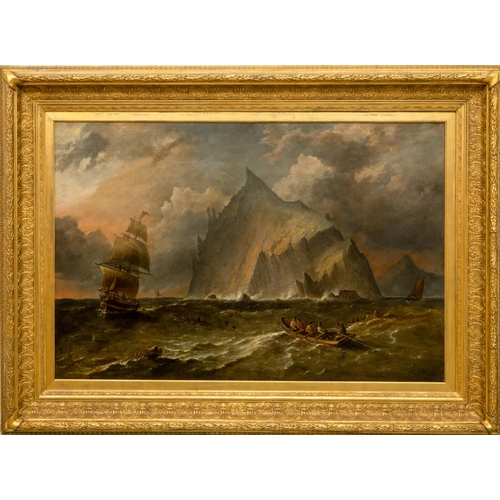 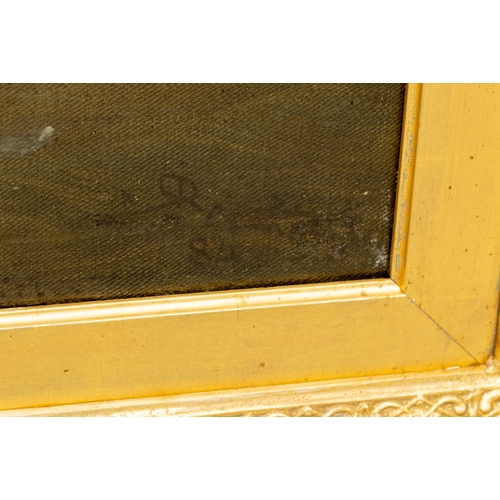 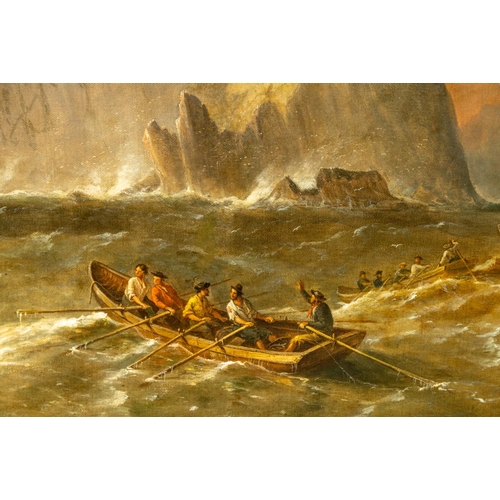 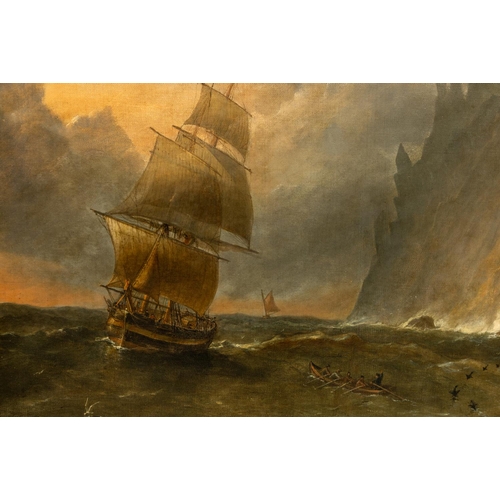 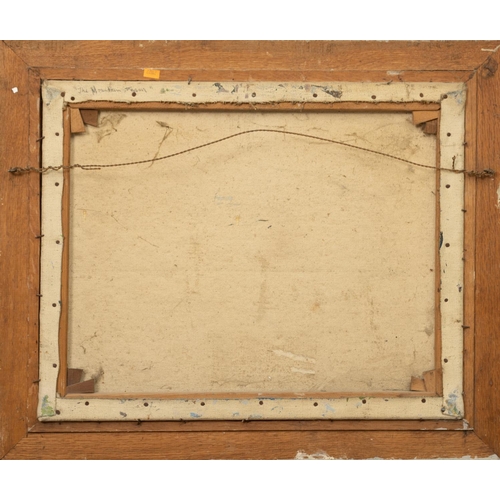 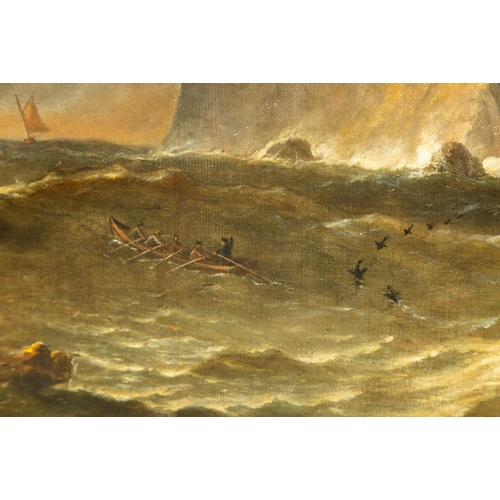 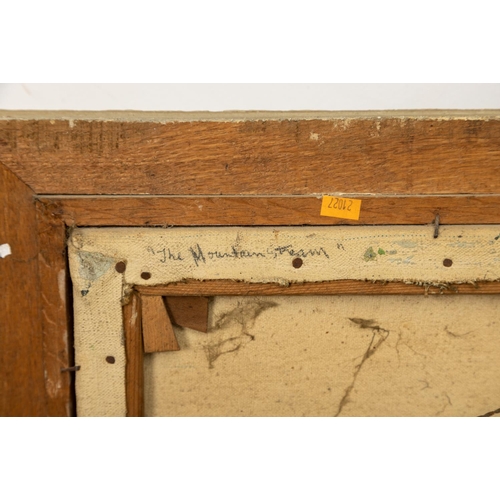 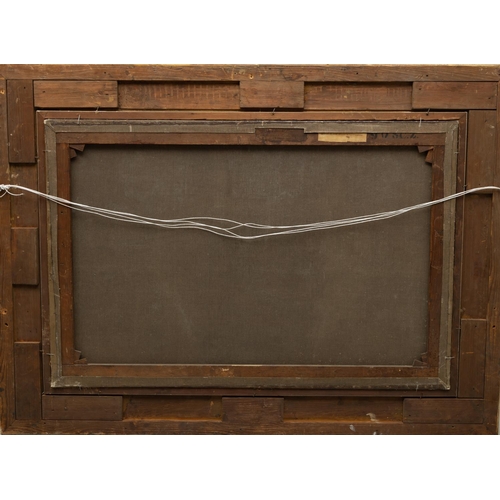 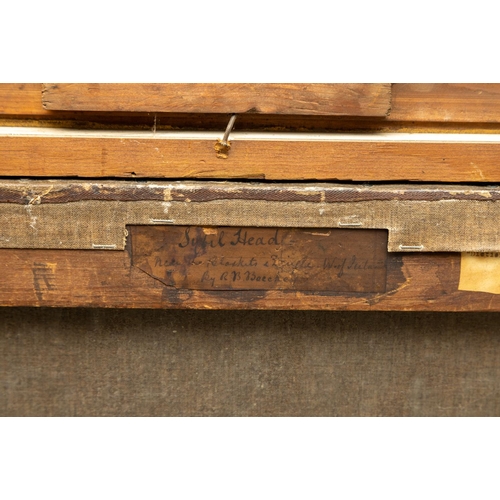 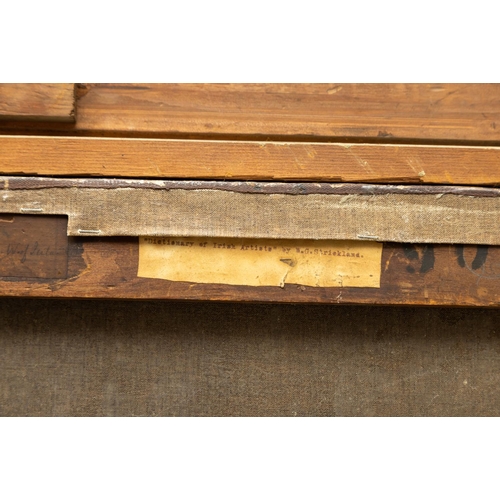 One of Beechey’s finest marine paintings, Sybil Head depicts three currachs braving rough seas beneath jagged rocks at the north west tip of the Dingle Peninsula. To the left, a sailing vessel, perhaps a naval brig, bears down on the currachs, while to the right a hooker approaches from Ferriter’s Cove. Cormorants take flight and seagulls land on the rough seas. A floating tree trunk lies in the path of the brig; Beechey used details such as these to introduce a sense of danger to his paintings. To the right, a mountain, one of the ‘Three Sisters’, is silhouetted against the stormy sky. The subject of this painting, and the Dingle peninsula itself, had become well-known to a wider audience in the 1840’s through the work of both the Ordnance Survey and the Geological Survey of Ireland. In June 1856, the geologist George Victor du Noyer surveyed the peninsula, incorporating watercolour views of Sybil Head in his maps. He also painted two dramatic views on Inishtooskert, an island near Inish Tearaght, of sharply angled cliffs on the northern side of the island. (these watercolour map are in the collection of the Geological Survey of Ireland).

Born in London in 1808, the son of artists Sir William Beechey RA and miniaturist Anne Jessop (Lady Beechey), Richard Brydges Beechey was a naval officer who also became one of Ireland’s most accomplished marine painters. Aged thirteen he enrolled as a cadet at the Royal Naval College in Portsmouth, where art formed part of his training. Joining HMS Blossom in 1825, he served as a midshipman under his older brother, hydrographer Captain Frederick William Beechey, for three years in the Pacific. During this time, Richard Brydges painted watercolour views of Mexico and California. Landing on Pitcairn Island, he sketched a portrait of John Adams, last surviving mutineer from HMS Bounty. They then sailed north, into Arctic waters, as far as the Bering Straits, but failed in their objective of meeting up with Franklin’s second expedition, which was making its way north-west around Canada. Although it is generally stated that Beechey transferred to the Survey of Ireland in 1835, the chart of Lough Derg is titled ‘Surveyed by Commander James Wolfe, Assisted by Lieutenant R. B. Beechey 1830’. This marked the beginning of years of surveying the coast and rivers of Ireland. As well as surveying, Beechey painted consistently, exhibiting both at the Royal Academy and the Royal Hibernian Academy. Seven years later, the survey of Lough Ree was complete, and their attention turned to the more hazardous West of Ireland coastline. Prompted by dangers they had encountered in navigating the coast of Cork and Kerry, Wolfe’s report, published in 1846 “On the want of Lights, Buoys and Beacons on the Coast of Ireland” led to the building of new lighthouses on Sybil Head and at other locations. Although Beechey painted this view of Sybil Head decades later, he would likely have used notes and sketches made during his survey of the Kerry coast in the early 1840’s.

After retiring from the Navy in 1864, with the rank of Admiral, Beechey settled for a time at Monkstown, Co. Dublin and four years later was elected HRHA. In 1874, he was living at 110 Pembroke Road, and in that year painted Eagle Island, off Erris Head, West of Ireland, a work exhibited a decade later at the Royal Hibernian Academy. By 1885, he was living at Plymouth, where he continued painting. There are works by Beechey in collections both in Ireland and abroad. His Mail Boat “Connaught” is in the National Gallery of Ireland, while a view of the Blasket Islands is in the Royal St. George Yacht Club, along with a panoramic view of Kingstown Harbour. Fastnet Rock, and Lights, off Cape Clear, shown at the RHA in 1877, is now in the collection of the Royal Ocean Racing Club, while HMS Erebus passing through the chain of bergs (1842) is in the Maritime Museum in Greenwich.

Watch Lot
Sell One Like This
Prev Lot
View All Lots
Next Lot
Closed
Auction Date: 23rd Mar 2022 at 2:30pm 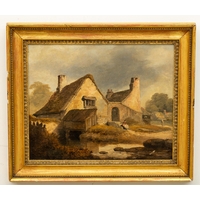 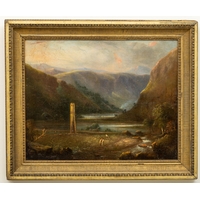