A fine and important collection of Ulster Wit Belfast Politi... 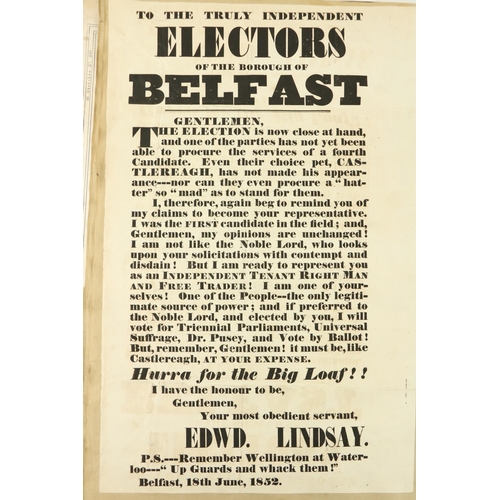 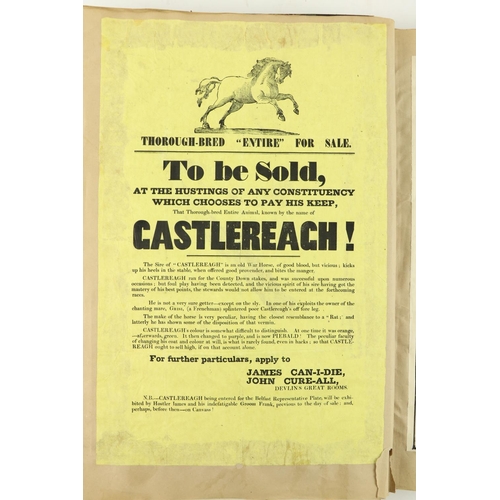 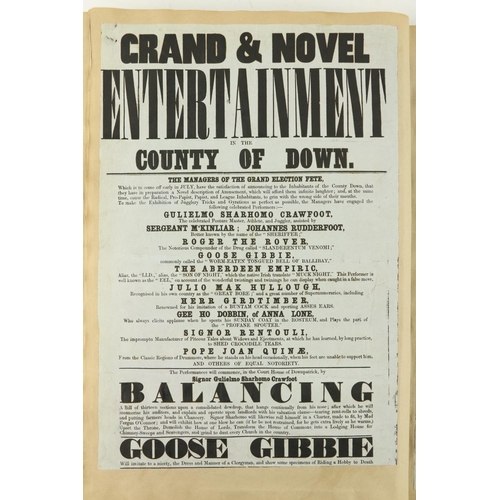 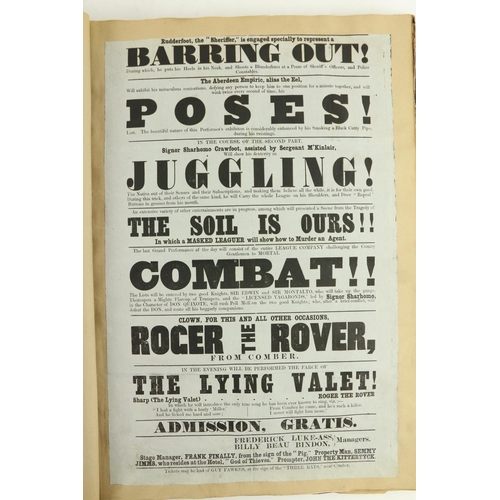 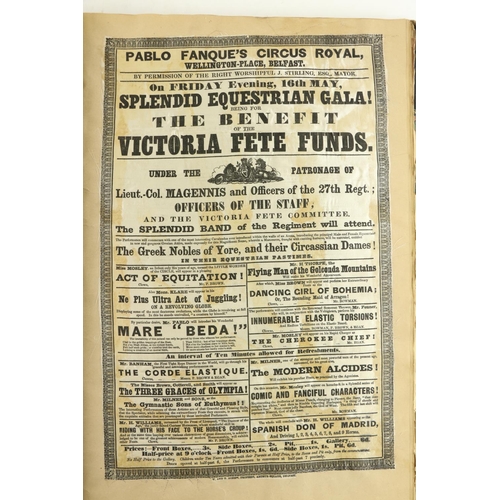 There are also posters and mock announcements (‘Grand & Novel Entertainment in the County of Down’, tickets may be had of Guy Fawkes at the Sign of the Three Rats near Comber), poems including ‘Elegy Written in a Country Back-Yard’,  ‘A Tale of the Radical Party and its Melancholy Fate’ (1857),  ‘The Ballyweaney Boanerges’,  a column headed ‘Sale of Lord Pisswick’s Conservative Stud’ with names written in manuscript beside some of the paragraphs;  ‘To the No-Bill-I-Tie and Shareholders of the County Down Railway’,  and other cartoons and lampoons whose application will be clear to students of the period.

The prints are in various sizes, many around 10 x 14 ins, some larger, mostly on flimsy paper, generally unsigned and with no printer named.  They are evidently extracted from contemporary newspapers, many issued as supplements.  They are neatly tipped in, and while there is some damage and soiling, condition is generally good.  The spine of the volume has been neatly strengthened.

A splendid anthology of sardonic Ulster Wit,  probably unique in its range and certainly impossible to duplicate.
As an Album, w.a.f. (1)

Watch Lot
Sell One Like This
Prev Lot
View All Lots
Next Lot
Closed
Auction Date: 7th Dec 2021 at 10:30am 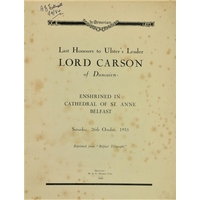 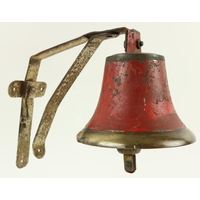